Why I believe in Bitcoin

I’ve been meaning to write this down for a while. As Bitcoin hits the $1400 USD mark, I thought now is a good time.

I view Bitcoin’s current position as very similar to gold - but with more utility, due to its digital nature. I do not expect Bitcoin to be used for every transaction, as it is not the fastest, nor the cheapest, but these are not its strengths. Its strengths are being censorship free, and decentralised. It may be used to top up accounts or purchase other currencies which have better benefits, but if you wish to store value, I’m not sure there is anything better.

There is a market for a currency that cannot be censored, or be frozen by a government:

Its decentralised nature ensures it cannot be manipulated, or censored.

I was initially skeptical of Bitcoin, as an identical coin could be created very easily, however Bitcoin now has network effects. Why buy $1000 of a similar currency, when you can buy $1000 of bitcoin which is accepted by more people? (This is not a dismissal of altcoins, as I believe some can prosper as well, just not those looking to mimic bitcoin). It has secured its place and proven itself as the store of value in the digital and cryptocurrency world. More places accept bitcoin than any other cryptocurrency by far, these include: Microsoft, Subway, Overstock.com, Steam, Dell, Whole Foods, Square and thousands more. 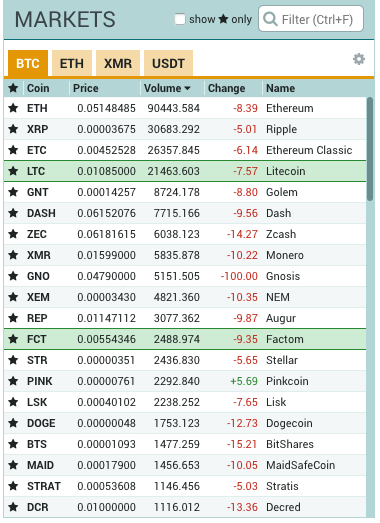 All new altcoins are traded in fractions of bitcoin, foremost.

As there is an upper limit of the amount of bitcoins to be mined (~21 million) - new money cannot be printed unlike with traditional government issued currencies. Bitcoin will not be prone to the inflation other currencies have - the inflation of the money supply is predictable and limited.

There are risks to the success of bitcoin as a whole, as I see them:

Aside from the risks to bitcoin as a whole, the following is something everyone should be aware of:

Bitcoin has a bias for an increasing value. There is a maximum limit of 21 million coins to be mined, over 16 million have already been mined. An estimated 1 million+ have already been lost. The total market cap of all bitcoins ever mined is ~$23 billion - this is still tiny compared to Gold: ~ $6 trillion.

How many people know of, use, or have bitcoin right now? In a general public comparison - I think these numbers are still tiny, and ripe to grow. There is a limit of 21 million coins, the population of the planet is currently 7 billion+ - that’s ~ 0.003 bitcoin per person.