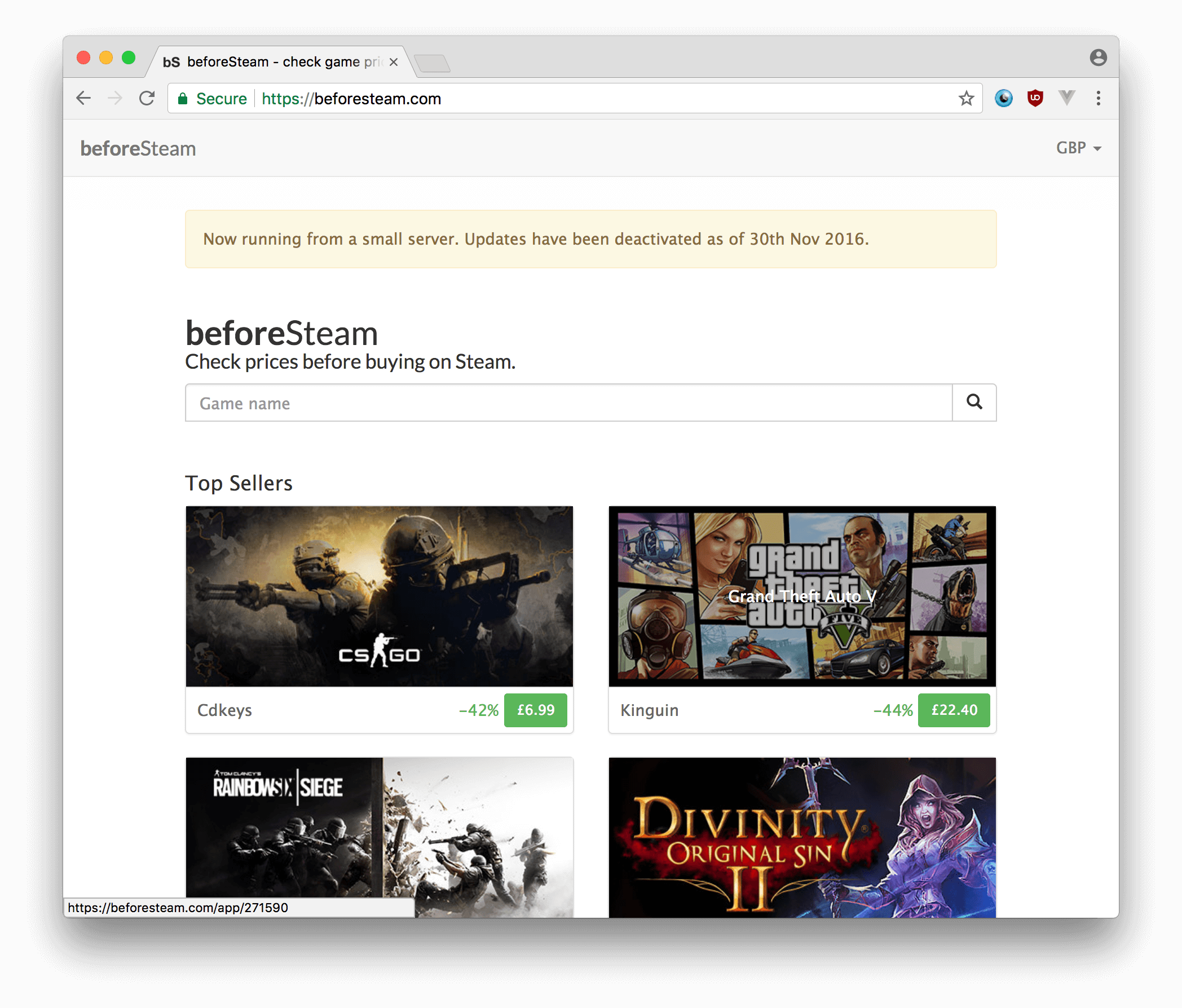 beforeSteam is a price comparison site for Steam games. Millions of price points tracked. Records price history for thousands of games in multiple vendors and multiple currencies. ~40 IP’s used for polling data without hitting limits. Amazon S3 for image hosting, Cloudflare as a CDN at the front of it all.

Produced as a proof of concept outside of work in 2016, this is a website for games on the Steam platform. I found out there are websites which sell cd keys for games for considerably cheaper than on the Steam platform from a friend. The games can be imported into Steam just as if you had bought it on the platform itself. As there are multiple CD key websites out there, I wanted a quicker way to check them all, so beforeSteam was born. 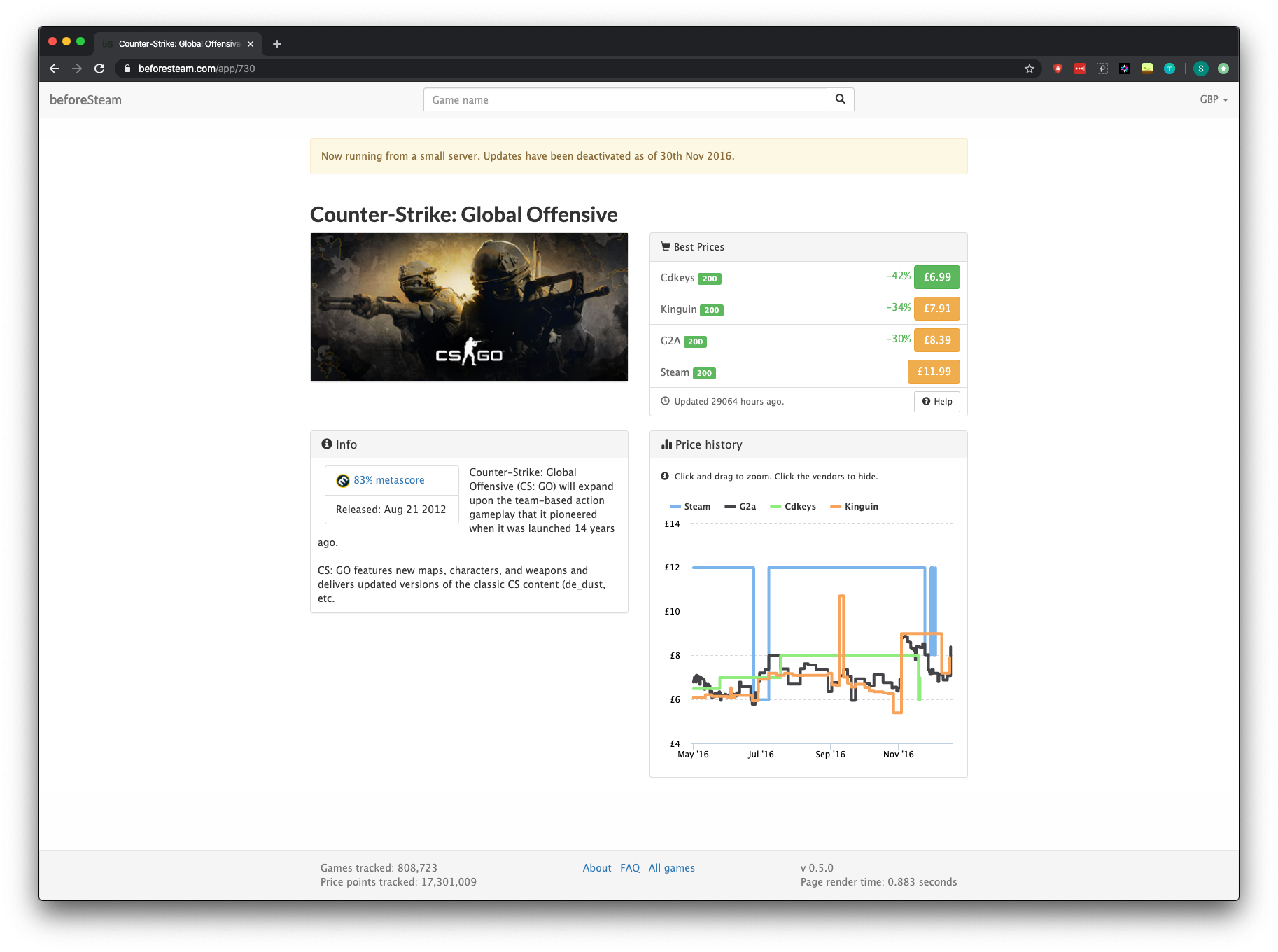 The above confirms the platform was working, even without marketing the website at all, and having moved it to a smaller server shortly after finishing. If I were to continue the product I would increase speed and turn price updates back on. Other improvements could then be made to the cleanliness of data, and user interface.